Previously we did a little experiment to see the effects of negative ions on PM2.5 levels and that turned out to be a great success. Negative ions very effectively remove PM2.5 particles out of the air, and smells are merely very small particles floating around in the air. It would then be perfectly normal to assume that negative ions would in fact severely reduce random smells in the house based on the results of those experiments.

Our previous apartment, we just moved to a new place, had a second bedroom that was turned into a study/library of sorts. The windows in there didn't have a great seal and we tended to keep that door closed most of the time to keep the cold/heat/pollution out. None of the ions generated by our machines ever made it into that room. 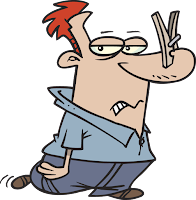 Often walking into it, I would notice the air quality in there being in stark contrast to the air in the rest of the apartment where we have a constant supply of negative ions. It was stale and the PM2.5 measurements in there, despite the windows being closed was always above 50. The one corner of the room behind the sofa had for some reason a moldy smell despite no mold being visible. The room was just extra space that we forgot about mostly and used to store our books.

One day however, a friend came to stay, and that room was required for a few weeks. The door was opened but there was still a faint smell after a few hours. The friend moved in and after a few days her personal smell (we all have one) started to be dominant in that room. It was quite interesting to note, as our bedroom has no person smell, no smell of anything out of the ordinary really. We have two cats shedding their fur everywhere yet no smell, and this is commented on by many who visit us.

We had already gifted her with a negative ion generator and she must have switched it on one day by herself because going in there looking for a specific book, I was met with perfect air. She kept the door closed, and normally that room would have a stale stuffy smell, recently mixed with her personal smell, yet there was no smell in the air at all. Quite perplexed I looked around and noticed she had switched on the ion generator. The difference in air quality is quite staggering and I was genuinely quite confused for a few moments not understanding what could have caused such a noticeable change.

For parents with teenagers who sleep till noon and have messy rooms, this is a viable answer to keeping the smell emanating/radiating from their rooms under control. Those who have dogs in the house with a distinct dog smell in the house, they do wonders for that too. I had gifted a negative ion generator to a friend who had a large dog share his bed at night, and he reported back that after a few days of having the ion generator run full time that the smell was gone. Leaving the room and coming back hours later he was met with a completely neutral smell.

Many of us love animals yet don't always love the smells associated with them. A powerful negative ion generator can help in these cases and most of the time completely remove such smells and keep them under control. The effect isn't instant, but give it a few hours to a few days, and you will be amazed.

As always, the Negative Ion Generators talked about and used can be found here: www.naturaironline.com/contents/en-uk/d34220_NaturAir-Negative-ion-generator-ionizer.html

Negative Ions and the effect they have on indoor plants

Our penjing  I often google for things trying to find an authority on a subject who has written about it, yet the first ten pages I clic...